What do you want to see in the game? what can be improved? any suggestions welcome here... 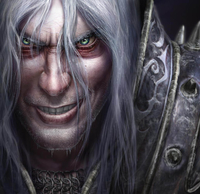 I'm speaking as a person who will have 10 as soon as someone would bother to sell an account.

And Loki saw every thing that he had farmed, and, behold, it was very good.
SpoilerShow
George Hazard says:
thats what happens, HVE takes your soul and gives you an awesome high
when you leave, you can't live without it

Clockwork wrote: As for Non-stat planets, like UU or NAQ, just cap their effectiveness while on Merlins, allow un-used merlins time to be reclaimed (rounded down to the closest 24 hours). So, while on the UU/NAQ planets are not very effective, and while off merlins but potentially vulnerable to being stolen, they are 100% effective.

As for HUGE MS's, like others have said you can go in the anti-MS house, or maybe add an ION CANNON DEFENCE plaftorm to the market, that grants immunity from attacking MS's (combat not planet stealing) for X hours. Pick and choose how you spend your market turns.

well those uu/naq planets are off merlins usually only when person is on ppt and removes nox and everything to increase their income, and while not on ppt they go to nox and lower their income to not feed others too much, so this is a total crap suggestion for everyone except for uu/naq planet holders.

as for that ion cannon defence, that might be interesting, but i doubt it should be that costly like someone suggest, i would say it should be like 1 or 2 mt max, like its with temp shift now. As for anti ms house, that doesnt solve ms problems at all, cause your ms shows up every fifth attack, and while u mass someone of get massed yourself, your ms will still gonna get destroyed.

If your looking at doing big changes, how about getting rid of Multi accounts.

What a dumb idea.

disturbed_one wrote:its a war game so if by us massing random peeps ruins the game for them then maybe they should go play with barbi dolls

Jump to
Powered by phpBB® Forum Software © phpBB Limited
based on: *Hexagon style by MannixMD