The Community's new book club where you can recommend and discuss your favourite novels to keep one busy during those boring hours of waiting to bank.
Post Reply
9 posts • Page 1 of 1 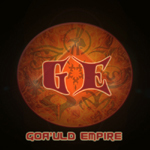 It may not be the same a DVD, but these books leave after the last episode season 5 of Stargate Atlantis

After the battle with the ZPM powered hive ship, the IOA is scared and wish to keep Atlantis on Earth for study and protection. Carter and Woolsey team up with O'Neill to force the IOA into returning Atlantis to Pegasus. Six days into the flight, the team encounter a problem with the hyperdrive and are forced to land on a cold planet on the edges of the galaxy.

Whilst trying to re-establish contact with their allies and trade partners, the team comes to learn that a new Queen with an ominous name - Death - has risen to dominance in the galaxy, and has ambitious plans for the Wraith. After releasing Todd to be a counter to her power, they are told of an attack on a large planet called Levanna where they battle it out.

After the battle, the team is exhausted, but rushes into action when they receive a distress call from New Athos - it is part of Death's nefarious plotting to capture McKay for unknown reasons

These are the books in order.

Additional otehr books in the series are great as well, expanding the SG franchise, going deeper into cultures and things that when you watched SG on DVD ,you wonder what that was for, now you find out.

Thanks, I will be reading these 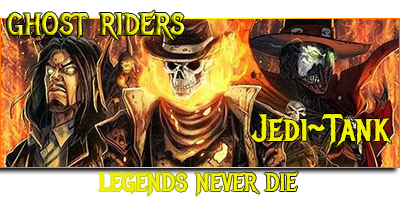 Teesdale: ive been farming all day and havent repaired MS
so CCs little cant blew through my shields (worry)
Top

Thanks for letting us know.

I was looking forward to seeing how they continued Atlantis in the films, that they never got around to making

Any idea if this is where show writers wanted to take it? Or just the opinions of the author ?

Will probably try to read at some point either way

“Any fool can know. The point is to understand.”
Top

I was looking forward to seeing how they continued Atlantis in the films, that they never got around to making

Any idea if this is where show writers wanted to take it? Or just the opinions of the author ?

Will probably try to read at some point either way

The writers of these books are stargate fans. When you read them, you can really feel Ronan saying those things, how Sheppard is unheasy around Teyla's baby, Carters inner strength, Todds jokes (he is quite funny for a wraith although the Atlantis personell still feel unheasy around him) and Jacks comedy lines.

You even get a feel for how cold the Genii are as well.

Nearest damn thing to series 6 as you can get. Fingers crossed maybe a re-boot sometime but here is hoping.

Tch.. I want to buy/read these so badly. I don't know if I can afford it right now though, god damn it all. You evil monster.

Damn , i did not know these exsisted, will be tracking them down thank you 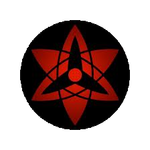 22:00:43 Colonel Jack Oneill -Rob Merkley: ok, Well there you have it I suck and am a noob, ill leave the fighting to you mightly mutha **Filtered**

harchester wrote: Harch - no more massing from me

Im a huge stargate fan what can I say, order the first 2 books

Return to “The Book Club”